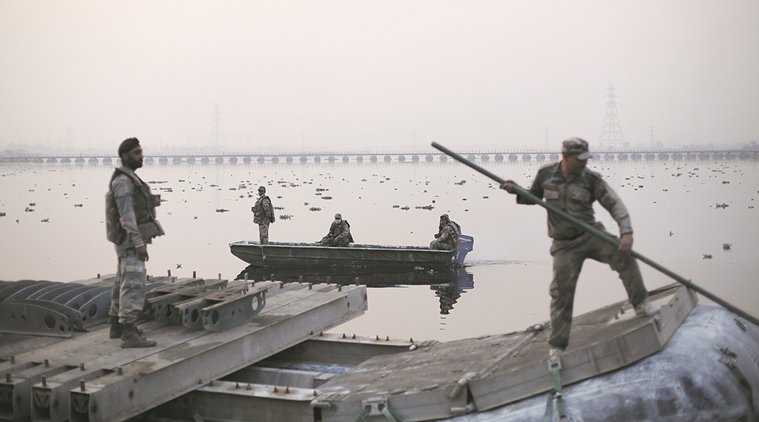 A dead Yamuna weeps for its survival

Keeping the Yamuna free of encumbrances is vital for the local birdlife, yes, but even more critical for a water-scarce city such as Delhi
Last Modified: Wed, Mar 09 2016. 12 40 AM IST
BAHAR DUTT ( Sister of BARKHA DUTT as per BRKHA DUTT’s claim on TWITTER) 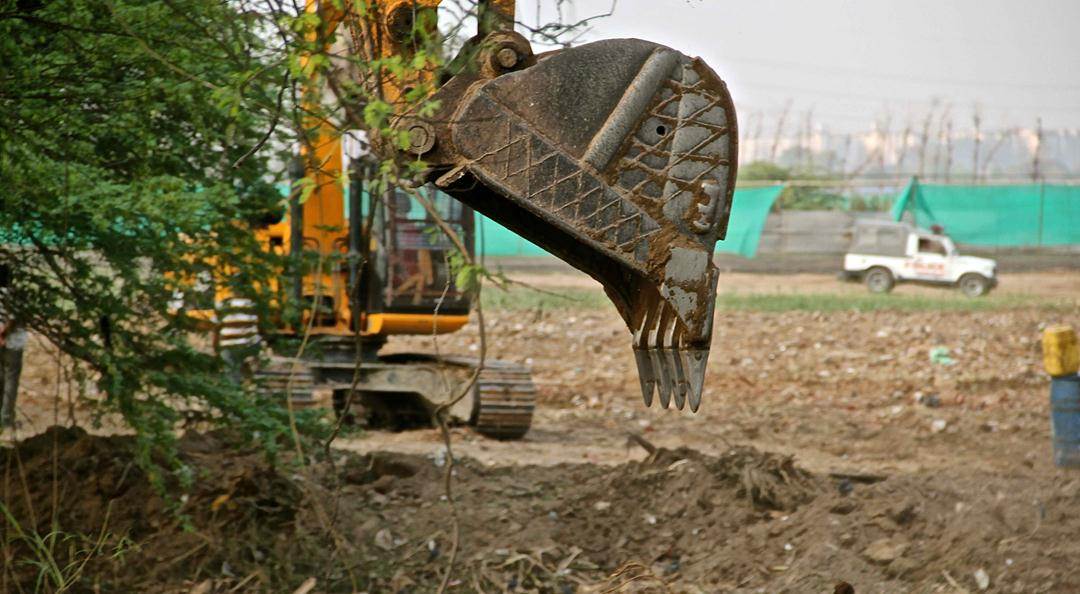 MY COMMENTS on this FORTH RIGHT and HARD HITTING ARTICLE:

THE ARTICLE is a FORTH RIGHT and HARD HITTING article ,in which the WRITER  speaks from the depths of her ANGUISHED and LAMENTING HEART, over the BRUTALITY and SAVAGERY with which a LIVING STRETCH of the RIVER JAMUNA has been MURDERED with hardly any chance of restoration to life, not in another 10 years at the least; She speaks of the Brutality and Savagery of supposedly a "GOD MAN" who is NORMALLY busy with a "MASQUERADE of a PREACHER PREACHING " HOW to LIVE and LIVE in PEACE" to Humans and while doing so, has BUILT such a POWERFUL EMPIRE of HIS that EVEN the govt of the day is FORCED to OBLIGE not only to ALLOW this DESTRUCTION of RARE FLORA & FAUNA's HABITATS but also, it has been FORCED to OBLIGE by LENDING and PUTTING at the DISPOSAL of  this SANGHI SYMPATHISER/SUPPORTER, our GREAT and HIGHLY RESPECTED INDIAN ARMY, just like any other SMALL TIME PRIVATE CIVIL CONTRACTOR, to BUILD on this "DOGMAN'S" behest, PONTOON BRIDGES, that take MONTHS to BUILD, just for the sake of  HIS  THREE DAY JAMBOREE, intended apparently, ONLY to CREATE an INDIAN RECORD in the GUINES BOOK OF RECORDS! 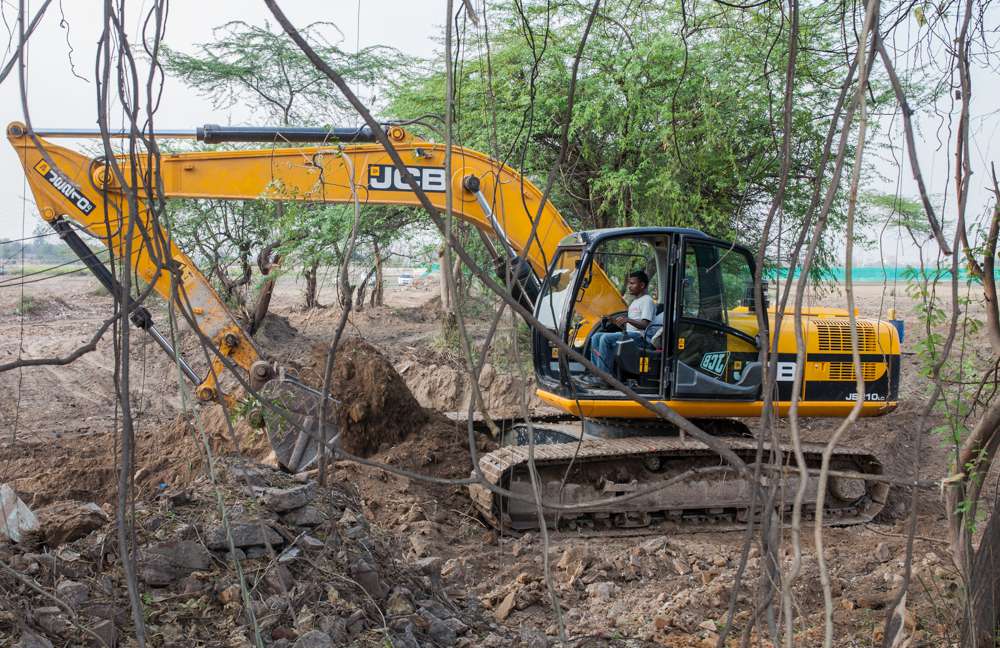 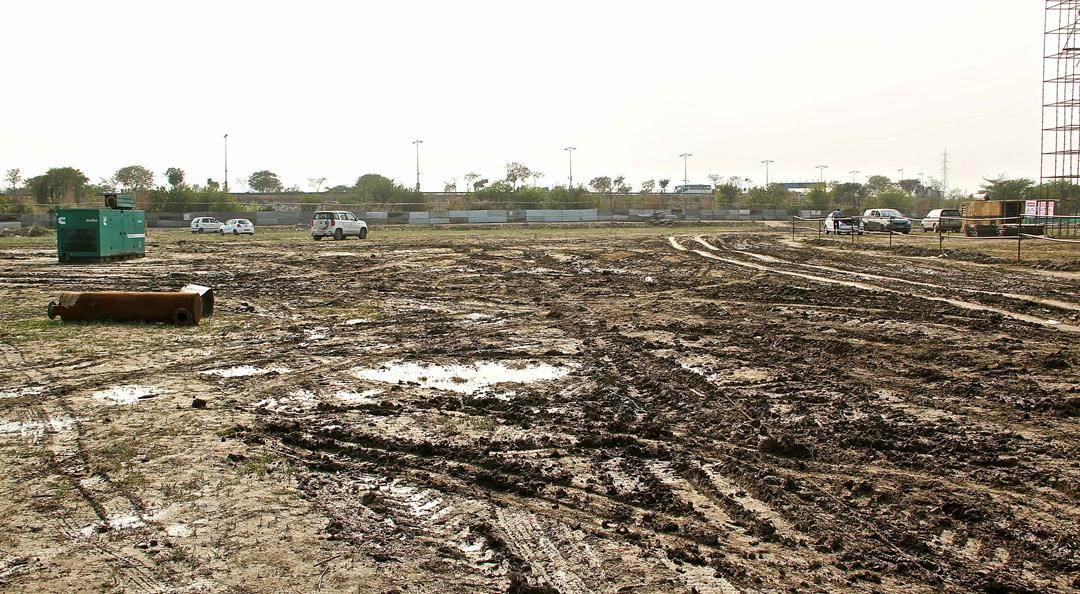 Even as I write this, the countdown to the World Spiritual Festival has begun. The three-day cultural festival will see 35,000 musicians perform simultaneously on a seven-acre stage. Over 3.5 million people are expected at the event for which pontoon bridges were constructed across the river, on which no construction is permitted.

The floodplains are home to over 200 species of birds and, despite the pollution in the river, are still vibrant with biodiversity. They also help recharge groundwater for the city. Keeping the Yamuna free of encumbrances is vital for the local birdlife, yes, but even more critical for a water-scarce city such as Delhi.

Not one party has opposed this systematic destruction of the lifeline of Delhi. That’s why as a citizen of Delhi, I feel let down that every single arm of the government willingly gave permission for such a huge jamboree to be allowed on the banks of the Yamuna.

In April 2007, a similar event was planned on the same stretch: a shopping extravaganza on the lines of the Dubai Shopping Festival. The organizers boasted of a “spectacular display of fireworks and a carnival every night along with 25 restaurants and a food court and a footfall of over 30,000 visitors everyday”. The news channel I was part of then went behind the scenes and broadcast a story on how, overnight, reed beds had been flattened and the floodplain destroyed. Based on that, a petition was filed in court and a committee that had been set up by the high court to look at encroachments on the Yamuna was asked to step in.

Sadly, this time around, the clout of the organizers is such that even the army was asked to pitch in to help build pontoon bridges, and the prime minister is expected to attend the event. The organizers of the event have pleaded in court that it is too late now to shift the venue elsewhere, yet it seems odd that the city of Delhi, with all its infrastructure, had no other place to hold this mega event? What happened to the city’s stadia, or the Ramlila grounds or Pragati Maidan?

The head of the Art of Living Sri Sri Ravi Shankar has dismissed all criticism as being “biased” and assured people that he will “beautify” the region. With due respect to Sri Sri Ravi Shankar, his views represent a limited notion of ecological restoration. Restoration of a habitat cannot happen overnight simply by the release of some enzymes or by removing debris. Further, beautifying an area doesn’t imply restoring it for biodiversity or being able to bring back the small waterbodies that were supporting avifauna or other micro-organisms. Already, the number of migratory birds that used to visit the floodplains of the Yamuna has gone down significantly because of construction on the Noida side. This event, as Professor A.K. Gosain (the head of the committee appointed by the National Green Tribunal) points out, has “left a permanent footprint on the floodplain”.

The Yamuna is not the Ganga. Even for the Kumbh Mela, one must not forget, water is diverted from different barrages before the mega event takes place to ensure there is a flowing river. By the time the Yamuna enters the city, it is a stressed-out, overworked river carrying the excreta and industrial waste of the city. That’s why the Art of Living’s argument in court—that if the Ganga can withstand the pressures of millions of people from the Kumbh, so can the Yamuna—is hollow.

The triumvirate of the Delhi Development Authority, the Delhi government and the central government has collectively ensured the systematic destruction of the floodplains. The citizens of Delhi must embrace the Yamuna issue as their own, just as they did the odd-even formula. They must ask their government why it allowed an event on the banks of a river which is already in peril. Mega events on the floodplains of the river are an absolute no; unfortunately, this event will only open the floodgates for many such requests. In the meantime, an already dead river weeps for its survival.
Bahar Dutt
Bahar Dutt is a conservation biologist and author of Green Wars: Dispatches from a Vanishing World.
SriSriSri....Jamuna Killer-Says he is GOD!& wl RESTORE KILLED JAMUNA overnight?!
A dead Yamuna weeps fr its survival http://www.livemint.com/Opinion/R9Yli1zoBXItWUQBzhA42O/A-dead-Yamuna-weeps-for-its-survival.html
Jamuna Killer-Says he's GOD&wl RESTORE MURDERD JAMUNA ovrnight?!
A dead Yamuna weeps fr its survival-BAHAR DUTT
cFB 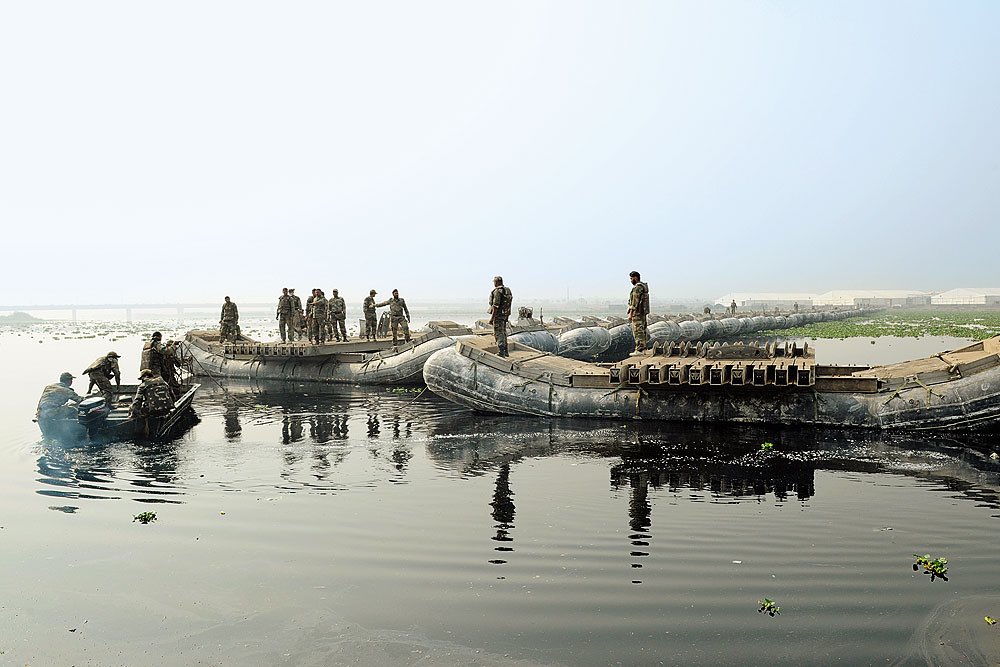 Posted by Shahabuddin Nadeem at 17:12 No comments:

This
SPEECH by  Kanhaiya Kumar, is MORE
AWESOME than his previous ones and a PROOF that DESTINY SHAPES the LIFE of
COLOSSAL LEADERS- to-BE through making them go through a TRIAL BY FIRE that
Kanhaiya Kumar has gone through the last three weeks or so SUCCESSFULLY and has
COME OUT of this TRIAL BY FIRE not just UNSCATHED but going by this AWESOME
SPEECH of his, that too after having been INCARCERATED for nearly two weeks and
released from the PRISON only TODAY, he seems to have GROWN with more POLITICAL
ACUMEN and with MORE SPIRITUAL STRENGTH to be able to come out with such a
FIERY, MIND BOGGLING and AWE INSPIRING SPEECH!


ALL
in all , in conclusion, one can conclude that the FASCISTS have, through their
DUMB, MORONIC ACT of getting the J N U student's LEADER KANHAIYA KUMAR FALSELY
IMPLICATED in a CASE of "SEDITION through their regular ploy of GOEBBELS
BRANDED SLANDER and CALUMNY using DOCTORED VIDEOS, converted Kanhaiya Kumar in
to POTENTIALLY a POLITICAL GIANT / COLOSSUS!
AWE
INSPIRNG SPEECH-SCATHNG CRITIQUEof Indi-FASCISTS
JNUSU
leader Kanhaiya givs blistering speech aftr release-Hindu
http://www.thehindu.com/news/national/article8310221.ece

Posted by Shahabuddin Nadeem at 14:39 No comments:

Referring to the details of the investigation conducted till filing of thestatus report as well various aspects on which the investigation is yet to beconducted, prayer for bail has been strongly opposed on the ground that theslogans raised during the programme as well honoring martyrdom of AfzalGuru and Maqbool Bhatt justified registration of a case under Sections 124-A/120-B/34/147/149 IPC against the petitioner and other accused personsinvolved which can be established not only by video footage but also byindependent evidence.


GOING through the above EXTRACT , it is clear the DELHI Police  MOVED HEAVEN and EARTH to BLOCK  BAIL to KANHAIYA KUMAR in the  FALSE CASE of SEDITION BOOKED against him, but the LAWYER for the DELHI Police could not convince the Judge PRATHIBA RANI  and she has GRANTED INTERIM BAIL for SIX MONTHS to KANHAIYA KUMAR  and this JUDICIAL ORDER is most certainly a RESOUNDING SLAP to the RULING DISPENSATION at the Center!

SO! In URDU we have an adage/maxim "Giren phir bhi NAAK ko MITTI lagne Nahin Dete"! ( Transliterated " Even when they FALL & that too "Thoroughly Disgraced", they try to prevent their NOSE from getting any TELL - TALE COAT of Dust!)


THIS Court Order has been ONE more of the MOST RESOUNDING SLAPS in the SEQUENCE of MANY SUCH SLAPS that the RULING DISPENSATION at the CENTER has received since its inception in May 2014, from our JUDICIARY (!) AND the ECHO of this RESOUNDING SLAP will REVERBERATE in every nook and Corner of the COUNTRY and more so, in all the UNIVERSITIES and COLLEGES of the COUNTRY where each and every STUDENT ( Except the ABVP GOONS!) is CELEBRATING this JUDICIAL ORDER of GRANTING BAIL to KANHAIYA KUMAR as a VINDICATION and VICTORY of their BATTLE for "NATIONAL INDEPENDENCE of FREEDOM of SPEECH and RULE of LAW and CONSTITUTION" against the LAWLESS HOOLIGANS who went to the EXTENT of GENERATING FAKE DOCTORED VIDEOS as GOEBBELS BRANDED FALSE and COOKED-UP EVIDENCE to get FUTURE GIANT POLITICAL LEADERS like KANHAIYA KUMAR imprisoned in Jail, so as to have a FREE - RUN for their FASCIST IDEOLOGICAL CONSPIRACY to CONVERT our BELOVED INDIAN , DEMOCRATIC , SOCIALIST and SECULAR REPUBLIC in to a MAJORITARIAN and FASCIST HINDU RASHTRA!


ONCE AGAIN, I get a CHANCE, like I had got after the DELHI ASSEMBLY ELECTION RESULTS and the BIHAR ASSEMBLY ELECTIONS to ONCE again REITERATE my DEEP, IMPLICIT and TOTAL FAITH and BELIEF in the MAXIM " SATYA MEVA JAYATE" - ( TRUTH & JUSTICE SHALL PREVAIL ALWAYS) !


JAI HIND(as we ALL KNOW it to be and WANT it to REMAIN a DEMOCRATIC, SOCIALIST and SECULAR REPUBLIC of INDIA !) ....... FOR EVER!

Shahabuddin Nadeem
Born, brought up and educated UP to B.E(E&C) at the Historical City Of Palaces - Mysore.Got Employed at BEL- Bangalore in 1979 and worked for 32 years! Retired Voluntarily in September 2011 and now a "Happily Retired House Master, Happily giving vent to all my Hobbies regularly" and living Happily with a HAPPY FAMILY comprising of an adoring wife and three sons.